Driving past a Chipotle restaurant last fall suggested a scene more like an Edward Hopper painting than a bustling eatery. The popular Mexican restaurant chain had shuttered dozens of its locations in Washington and Oregon following a series of E. coli, Salmonella, and norovirus outbreaks. The doors were locked, the lights were dimmed.

Fortunately, no one died in the Chipotle case. Salmonella-contaminated peanut butter killed at least nine people and sickened thousands in 2008–09, and resulted in a 28-year prison sentence for the CEO of the Peanut Corporation of America.

With an average of 350 food safety outbreaks annually and an increasing number tied to fresh foods—from E. coli in spinach to Salmonella in hazelnuts and Listeria-tainted cantaloupe—the government is taking a closer look at how food is handled, even before it gets to a market or restaurant. The Food Safety Modernization Act (FSMA), signed into law in January 2011, puts the focus squarely on preventing outbreaks rather than reacting to them, through greater scrutiny of the food chain, from farm to fork.

Last fall, OSU was selected to administer the $1.2 million USDA Western Regional Food Safety Center, one of four in the US, to provide technical assistance, training, and outreach to help small and mid-size farms, processors, and wholesalers understand and comply with the new regulations.

“FSMA has a much broader reach because now it’s going back to the production on the farm,” says Robert McGorrin, the center’s lead director and head of Oregon State University’s Food Science and Technology Department. “Is there a contamination of surface water because of cattle grazing the next farm over? Are there issues with how the crops are being exposed to different levels of contaminants in the field? It’s a much bigger net over the food supply.”

With 99 percent of the US hazelnut crop grown in Oregon and funneled through regional handlers, staying ahead of any issues is critical. (Photo by Lynn Ketchum.)

By spring 2017, the center—a partnership with fellow land-grant universities in 13 western states and two Pacific island territories—will have two dozen lead trainers and, later, 200 certified trainers. This network of educators, including farm and processing facility employees and Extension staff, will fan out to conduct trainings on FSMA’s produce safety and preventive controls.

The center will also draw on expertise and current food safety science at the various universities to create customized training materials and add-ons for regional specialty crops. Oregon alone has around 220 commodities, everything from hazelnuts and grapes to potatoes and blueberries, a staggering diversity that is a blessing and a challenge, says McGorrin. “Each of these crops has different food chemistry and food safety requirements.”

As an established leader in food safety research, including work with shellfish, microbial and chemical contamination, and traceability of pathogens, OSU was an attractive candidate for the regional hub, says McGorrin. And already, researchers here are helping farmers and processors make sense of the new regulations and the practical challenges they pose.

With 99 percent of the US hazelnut crop grown in Oregon and funneled through regional handlers, a food safety outbreak can impact not just one farm, but the whole industry, says Polly Owen, director of the Hazelnut Marketing Board. “Staying ahead of any issues is critical,” she says.

It’s this type of forward thinking that brought Joy Waite-Cusic, an OSU food safety scientist, together with Oregon hazelnut handlers to find a way to mitigate Salmonella without compromising quality. The group spent an afternoon with Waite-Cusic in a food technology lab on campus, gathered around kettles of hot water and experimenting with steaming and blanching nuts. “We took temperatures on the nuts, cracked and ate them, to see what was worth exploring,” says Waite-Cusic. “We were looking for something that achieves what we need for safety, without reducing quality. After a half hour we knew hot water blanching wasn’t going to work. But steam had a lot of potential.”

Next they enlisted Mt. Angel’s Gem Equipment to build a prototype steam blancher, essentially a conveyor belt that blasts nuts with steam. The researchers inoculated in-shell hazelnuts with Salmonella. Then with the steam blancher, they tested different times and temperatures to see what killed the bacteria.

“It’s because of OSU research that we even have a hazelnut industry,” says Owen, referring to the hazelnut breeding program at Oregon State that developed trees resistant to eastern filbert blight, a disease that threatened to decimate Oregon hazelnut orchards. “Now we have an industry growing by leaps and bounds,” she said. “We care a lot about food safety issues, so we are going back to OSU to help us ensure there are no pathogens on hazelnuts after they are harvested.”

Food safety is also a concern for onion farmers in Ontario and Treasure Valley in far eastern Oregon, where some fields are irrigated using an open-ditch canal system. The Food Safety Modernization Act classifies this type of irrigation water as surface water, requiring farmers to conduct a certain amount of testing. Onion farmers know that by the end of the growing season, the hot, dry conditions in eastern Oregon almost guarantee contaminated water in the canals. Their practice had been to harvest onions 30 days after the last irrigation to avoid contamination. Because almost 25 percent of these premium onions are consumed raw, they needed to confirm that surface water was not contaminating the onions.

Waite-Cusic irrigated experimental fields of onions with either E. coli-infected water or uninfected well water. Following the last irrigation, she tested the onions daily until she found no detectable E. coli. (Contributed photo)

The farmers turned to Waite-Cusic. She conducted field trials at OSU’s Malheur Experiment Station, where she watered experimental fields of onions using either uninfected well water or E. coli-infected water similar to samples collected from Treasure Valley. She tested the onions every day following the last irrigation. By Day 16, she found no detectable E. coli, even on onions watered with the highest levels of bacteria.

These results offered research-based evidence to show that the Treasure Valley onions are safe to eat when they are harvested 30 days after the last irrigation, confirming the farmers’ food safety standards.

This proactive research is at the heart of the Food Safety Modernization Act, which shifts the focus of federal regulators from responding to contamination to preventing it. After too many news headlines of food-borne illness outbreaks and safety problems with imported food, the new law is a major overhaul of food safety rules for both home-grown and imported food.

The new regulations will demand much from food growers and processors. The new USDA Western Regional Food Safety Center at OSU will extend the research and Extension work that growers have relied on for decades, to help everyone understand and comply with these new regulations.

“Growers and producers are hungry for information,” says McGorrin. “They want to know what tests will help ensure food safety, what records they should keep, and how they can make the necessary changes to their operations to meet the new rules for preventing food-borne illness. We intend to help them find those answers.”

Building the Bond Between Cats and People

The Secret Power of Broccoli

The long road toward a treatment for autoimmune diseases 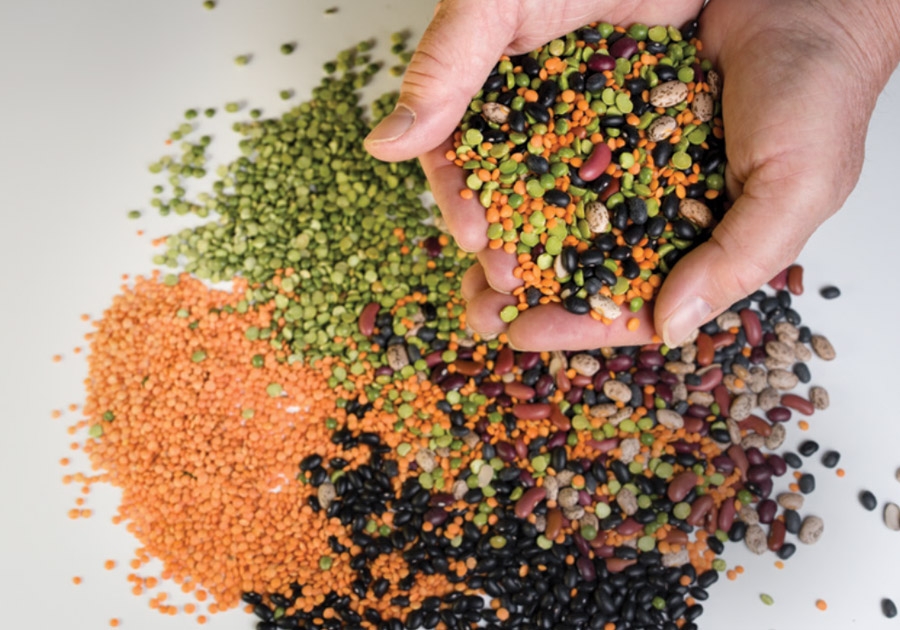 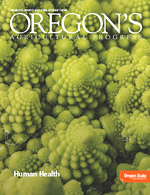 Building the Bond Between Cats and People

The Secret Power of Broccoli

The long road toward a treatment for autoimmune diseases